What Does the Term Skoliosexual Mean?

Here, an explanation of what skoliosexual means and how to figure out if it’s how you personally identify. By Alex Shea November 23, 2020 Each product we feature has been independently selected and reviewed by our editorial team. If you make a purchase using the links included, we may earn commission. 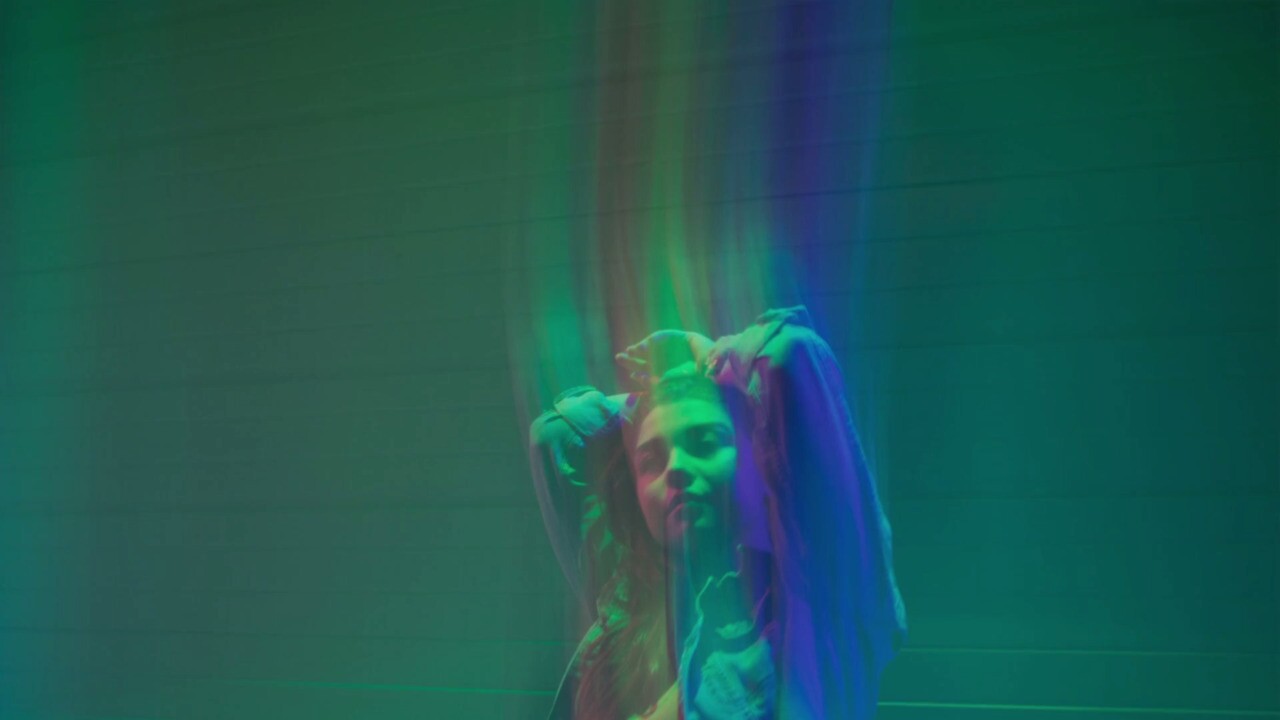 Skoliosexual is a new term on the block you may hear in conversations surrounding sexuality and gender identity. And, as it turns out, it’s very controversial — so controversial, in fact, that people are already brainstorming other alternatives as a replacement.

Learn why, plus what you need to know about the true meaning of skoliosexual.

The term skoliosexual popped up on an internet forum around 2010; it was included in a diagram one user made as a way to explain all the possibilities of sexual attraction, according to dictionary.com. Since then, there hasn’t been one universally used definition of skoliosexual. Rather, there is a couple of variations, and which you follow depends on your personal attitudes toward gender and sex, which can make things convoluted.

“You usually think about what you’re attracted to as being an orientation,” says Stephanie Buehler, Psy.D, a certified sex therapist and founder of The Buehler Institute. “But people can be not only be attracted to people of all kinds, but to bodies of all kinds.” Sexuality doesn’t necessarily always fit into a perfect box or label, and it can change over time — aka, it’s fluid.

And there’s fluidity in the term skoliosexual. Even still, not everyone in the LGBTQ community agrees with its use.

The prefix skolio- is the Greek root for “crooked” or “curved,” (as seen in the word “scoliosis,” for example). That connotation presents some issues: “Labeling transgender and gender non-conforming people as ‘crooked’ is stigmatizing because the word ‘crooked’ has multiple meanings, some of which are distinctly negative,” says Buehler.

Many nonbinary and other non-cisgender folks in the community agree. That’s why some have taken it upon themselves to introduce less stigmatizing terms such as apeirosexual and ceterosexual, with roots meaning “boundless” and “the rest,” respectively.

Aside from the potential issues associated with the prefix’s root meaning, there’s debate about the need for the term entirely. Some people in the LGBTQ community believe skoliosexuality fetishizes trans and nonbinary people, that it excludes gender-normative trans people, or that it weirdly groups all generqueer identities together regardless of the fact that these identities exist on a spectrum.

But there are also people in the LBGTQ+ community who say that being attracted to someone because of their gender or non-gender isn’t a fetish. In a forum on the Asexual Visibility and Education Network website, some people argue that a woman (cis or trans) who identifies as a woman is a woman. However, some Redditors say that a term specifically for nonbinary identities isn’t a bad thing, reiterating the idea that skoliosexual is purposefully ambiguous to mean whatever resonates with the identifying person.

This ambiguity opens up the debate for tossing out the term altogether. “I have found very few people connect with the label,” says Michael Guichet, L.M.F.T. and sex therapist. “I’ve interacted with clients that acknowledge their trans and genderqueer attraction as part of their sexual attraction. I’ve also found that the group who would connect a bit closer to skoliosexuality are often those who label themselves as trans for trans.” (Meaning, a trans person who seeks relationships with other trans individuals.)

FYI, regardless of whether you’re talking about gender identity or sexual orientation, you should never assume how someone identifies. Always ask, or allow the person to disclose it themselves.

You Aren’t Only Attracted to Transgender Folks

Skoliosexuality is the attraction to any gender or nongender that isn’t cisgender. Some trans people don’t identify as the classic cisgenders of male or female, while others do. Just because someone identifies as trans doesn’t undoubtedly mean they also identify as nonbinary.

People identify with whatever gender or non-gender they feel resonates with them, regardless of their sexual attraction. Being skoliosexual doesn’t mean you’re only attracted to trans folks. There are nonbinary folks out there who don’t identify as trans and vice versa.

You Don’t Need to Identify As Nonbinary Yourself

Skoliosexual is a sexual attraction that can apply to any gender identification. But tread with caution: Anecdotally, some people in the LGBTQ+ community believe nonbinary folks should be the only ones allowed to identify as skoliosexual to prevent fetishization of trans and nonbinary identities. The concern is sound given the issue of chasers, cisgender people who specifically seek out sex with trans folks to fulfill a kink or earn brownie points.

If you choose to refer to yourself as skoliosexual, keep the gender identity of folks in mind. Not everyone agrees with the use of the term but so is the case for most socially-constructed sexualities and orientations.

Everyone has a right to identify as whichever sexual orientation or gender identity they feel resonates with them at any given moment in their lives. Gender and sexuality are fluid concepts that have the ability to evolve throughout your life. Some people experience this fluidity and others don’t. Both are natural. (More on exploring gender identity: What It Really Means to Be Gender Fluid or Identify As Non-Binary)

How Do I Know If I’m Skoliosexual?

You’re the only one who can determine that. But how do you know if you’re skoliosexual? Do you feel like this is a term you resonate with at this point in your life? Do you wonder if there’s a term that sums up your feelings for people who fall outside of the gender binary?

Ways to Explore Your Sexuality…

Exploring your sexuality can lead you down many roads. Here are a handful of resources to send you on your way to sexual exploration.

Going on Tumblr: You can go to the place where the term originated to find out how other people are talking about it. LGBTQ Tumblr is full of answers and people to connect with.

Scrolling through Reddit: Search for the term skoliosexual in the search bar on Reddit and watch how many communities pop up. Caution: You may get lost in a rabbit hole of commentary.

Trying a dating app: Apps like Tinder and Bumble are fine, but some people say that they have better luck finding people they’re into on dating apps made for the LGBTQ community. A handful of safe, sex-positive spaces to connect with other LGBTQ folks: Taimi, Feeld, Her, Thurst, and Jack’d.

Reading about sexuality: Skoliosexual is a new term with little research to back it. It’s okay if you can’t find anything in textbooks or queer memoirs about what it means to be skoliosexual. Read up on nonbinary and trans folks to help you explore the drama surrounding the term skoliosexual. Try: Whipping Girl by Julia Serano, Stone Butch Blues by Leslie Feinberg, Gender Outlaw by Kate Bornstein, and High School by Tegan & Sara.

Connecting with queer folks on socials: Follow other folks in the LGBTQ community. When you fill your social feeds with different identities and lifestyles, it does good things for our mental health. Some cool ones to start with: @CtrSexPositive, @alokvmenon, or any listed in this guide to celebrating pride.

Previous articleYoung farmer shows off gorgeous bae, wants her to join profession
Next articlePHOTOS: Bobrisky Shares Photos Of A Cancer Survivor He Helped To Celebrates His Birthday – Gistmania

Michael Jackson's cousin claims to have his last IV drip, the one that delivered the fatal amount of...
Read more

Welp, Now ‘Bachelor: Listen to Your Heart’ Couple Bri Stauss and Chris Watson Are Over

Clare Crawley Is “Completely Devastated” About Her Breakup with Dale Moss

Clare Crawley is "devastated" about her split with Dale Moss.Dale is the one who broke things off with Clare because he's not ready...
Read more

Lets Argue Over the Best HBO Series of All Time (Hint: It’s the ‘Sopranos’)

If you decided to finally splurge on yet another streaming service, first I would just like to say: I get it. I don't...
Read more

Welp, Now ‘Bachelor: Listen to Your Heart’ Couple Bri Stauss and Chris Watson Are Over

Clare Crawley Is “Completely Devastated” About Her Breakup with Dale Moss

Clare Crawley is "devastated" about her split with Dale Moss.Dale is the one who broke things off with Clare because he's not ready...
Read more

Lets Argue Over the Best HBO Series of All Time (Hint: It’s the ‘Sopranos’)

If you decided to finally splurge on yet another streaming service, first I would just like to say: I get it. I don't...
Read more